Get fresh music recommendations delivered to your inbox every Friday.

Doing it all yesterday 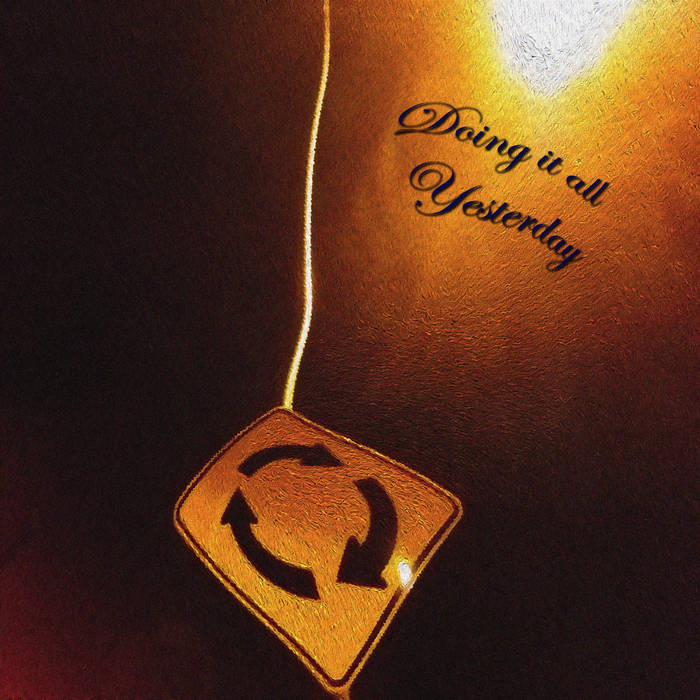 Written & recorded during my time at BOP polytech, produced at home.

I had been struggling to find creativity, excitement & passion at the time & this song came from the realization that I had been working/approaching things back to front.
I had been planning for & thinking about about "end products" to much before having a solid foundation with which to actually build these from. Hence, "building a planet with no core".
The song expressed the idea that I had been playing catch up with myself (Trying to "do it all yesterday") far to much, & doing so was preventing me from settling on, & working with the current "me".
It was at this time in my life that I realized I had to stop attempting to exploit & manufacture myself.

Lately I’ve been working, on building a planet with no core.
The architects just warned me, he said, It’s gonna collapse and leave me with just rubble to mourn.

Doing it all yesterday.

Summer sun goes down, winter air moves in.
No fight or contest they sync, and I, need to move with and within.

Doing it all yesterday.

I am a 29 year old Musician, Writer & Performer.
My creations are the product of a rich childhood imagination that's developed over time to become musically channeled creativity.
I have completed a Diploma in music production & performance with high grades, achieving the APRA award for songwriting.
I feel my work offers a fresh & sincere corner of creation. ... more

Bandcamp Daily  your guide to the world of Bandcamp